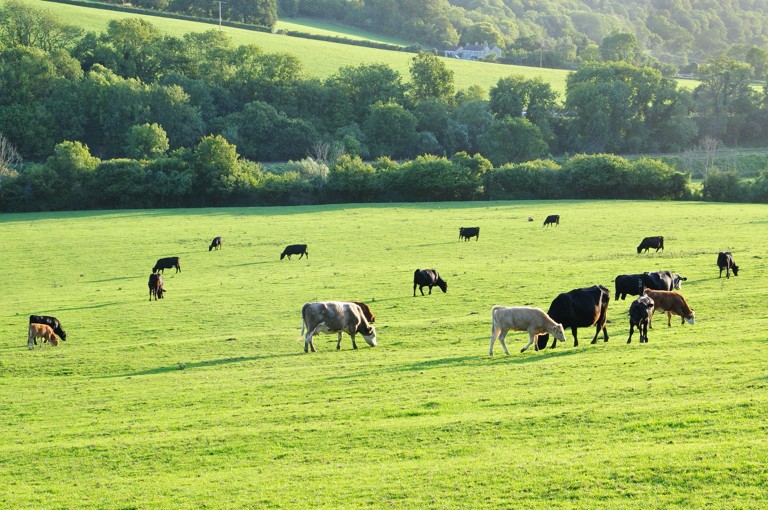 Food is the most direct link we have between culture and nature, city and farm folk.  It can serve as the point of interest that unites urbanites with farming concerns. As  we begin to understand that food is not simply fuel, but is in fact a natural, social, cultural and spiritual product, we will also make the effort to foster the practical conditions necessary to protect and preserve ecological and social health. (Norman Wirzba, 2003).1

In the first part of my harvest address at Worcester Cathedral, I argued that food, land and people provide strong links between society and farming. And, quoting Norman Wirzba above, I averred that food, the first and most important of these, is not just about consumption and nutrition, but also about connections and relationships. As noted in my ‘Farming’s value to society’ report, “food consumption is increasingly becoming an expression of citizenship, and food is increasingly being sold with a story”.

Among these ‘food stories’ are the stories of the animals that provide some of our food. In an article published by the Jubilee Centre, Tim Lornie stated that, “every year, 70 billion land animals are killed for human consumption, which equates to a million a minute.”

“The greatest horror”, Lornie goes on, “is not in the scale of the animal industry, but in its form. Globally, 2/3 of agricultural animals are ‘factory farmed’”, living “in tight, cramped conditions, with little or no access to the outside” and “subject to painful ‘mutilations’. “Even ‘high animal welfare’ labels (eg RSPCA ‘Freedom Food’)”, he continues, “permit systems where animals do not go outside, and are not always effectively enforced.

At their best,” Lornie states, “factory farms confine animals in oppressive ways and prevent them from fulfilling simple natural desires like exercise, play and nesting. At worst, they are filthy, violent and stressful places where ill-trained staff perform painful mutilations and leave sick animals to die in agony with no medical attention. This may sound drastic, but it happens.”

“Animal ethics”, Lornie contends, “is a defining issue of our time.”

But how should Christians respond?

Citing an article by Philip Sampson on “The curious case of the kind evangelicals”, Tim Lornie suggests that evangelical Christianity has a long tradition of care for animals and we would do well to recognise and return to this. He cites Wesley, Wilberforce, Shaftesbury, and Spurgeon as “giants of evangelical history”, who saw concern for animal well-being as a mark of ‘true conversion’.

Lornie concludes with a call to make efforts to truly understand the nature of our modern food system, to “re-think our lifestyles” and even to campaign against factory farming.

On a similar note, in a book review of Jonathan Safra Foer’s ‘Eating Animals”, I suggested that “for many, if not most, Christians, what we eat is still a matter of preference rather than principle, and most churches continue to serve, at functions and fellowship meals, whatever meat the supermarket offers. Yet, if the issue is fundamental to being human (as Safran Foer argues) and being Christian (as I would argue), then it cannot surely be relegated to a matter of lifestyle choice?”

If food really is “not simply fuel, but a a natural, social, cultural and spiritual product”, if eating is not just about consumption, but also about relationships, and if every meal really does tell a story, then maybe we would do well to consider our relationships not only with those people, but also the animals, who provide our food. They, after all, have a story too.