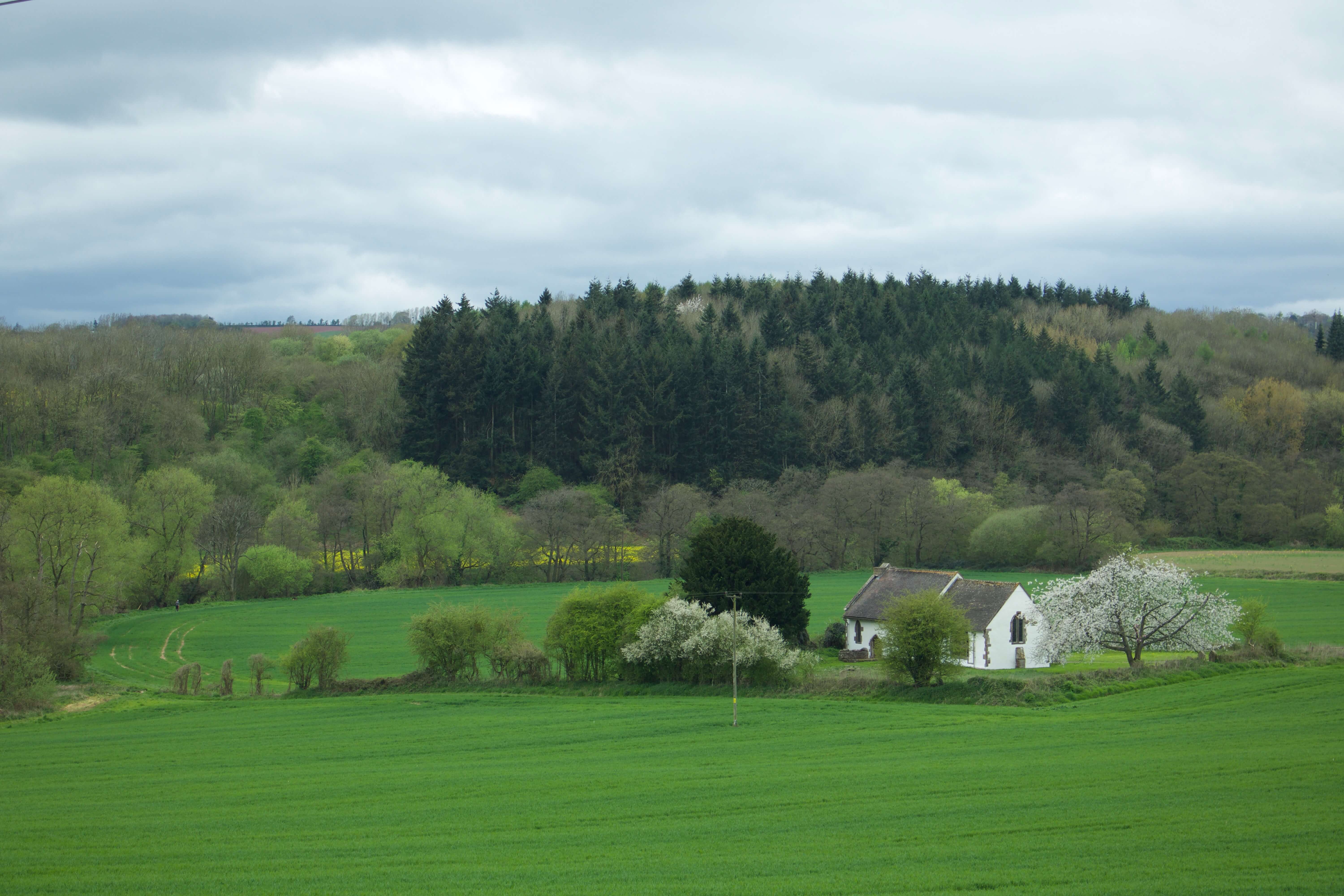 In my recent articles, ‘the matrix uploaded’ and ‘locked down, but not locked out’, I commented on our current ‘exile’ in cyberspace and cyberchurch, and urged caution, or at least some thoughtful reflection, as regards our relationship with the Internet and social media.

However, our current exclusion from our church buildings and our ‘exile’ in cyberspace should also prompt us to consider and reflect on our understanding and relationship with the buildings that provide us with ‘meeting places’ or ‘sacred spaces’. Here I offer some further ‘food for thought’.[1]In fact, I had already been drawn into the ‘theology of church buildings’, with its roots in the biblical tabernacle and temple, and the synagogue and Upper Room. This was because this … Continue reading

Not the building, but the people
No wing of Christianity would dispute that the ‘church’ is ‘not the building, but the people’. But the ekklesia, the assembly, needs somewhere to assemble, so ‘churches’ (ekklesiae) met in places and later built places that came to be called, in English, ‘churches’.[2]The origins of the English word ‘church’ used to translate ekklesia are complex and controversial, and exploring it is a bit of a rabbit hole. But here is one take on the matter from a … Continue reading

Church history
At first the church was modelled on the synagogue, ie an assembly assembling in a meeting house. But after Constantine, purpose-built church building took off with a vengeance, reaching its zenith with the mediaeval and Renaissance cathedrals and basilicas. With this came a shift in theology, from ‘meeting house’ to ‘sacred space’, from ‘synagogue’ to ‘Temple’, from functional buildings to sacramental edifices, freighted with intrinsic theological meaning.

With the Reformation came a return to an understanding of the church building as  a ‘meeting house’ – at least among ‘Reformed’, ie Calvinist, and associated denominations, and hence among non-conformist evangelicals. Hence, it might be expected that evangelicals, with their ‘low’ ‘architectural theology’ would have little attachment to their church buildings.

Rural tenacity
However, the reality see on the ground is somewhat different. As I discovered in my early days with Village Hope, rural evangelicals especially can display a remarkable attachment to their church buildings even in the face of dwindling congregations and no local engagement. The phenomenon of the ‘commuter chapel’, kept open by a small congregation living elsewhere is particularly common among rural chapels. Remaining members, who no longer live or never lived in the village, feel a deep commitment to keeping the chapel open, even if no one from the neighbourhood is attending. The rural chapel, I suggest, has a far greater significance than its urban counterpart.

There are many reasons for this attachment and tenacity. For some, the chapel is part of its community’s own history and heritage, a ‘storied’ place, replete with memories and significance rooted in people’s experiences, rites of passage, and feelings. There is also a sense of duty to previous generations and to a chapel’s founders – ‘what would they say if we closed down?’.

‘Mediating structures’
Many see the building itself as a ‘gospel witness’, perhaps reflecting the idea of the church building as a ‘mediating structure’, as both the internal space for, and external face of, the ekklesia, and its worship and witness. As theologian John W de Gruchy writes:

“The church building is… a mediating structure between the liturgy and the public square. Of course, the church as the ‘people of God’  is visibly present in many other ways in society, for the church as such is not the building in which the church as ‘people of God’ worship. Yet there is a connection between the two, for the building within which the liturgy occurs provides both the internal space for that event and the external face as representation of what is taking place and what it means. How the building represents  the church as a living, witnessing community to the world outside is part of what the church is attempting to say to the world about its reason for existence.”[3]de Gruchy, J W, 2005, Theology and the visual arts. In: Ford, D F & Muers, R, The Modern Theologians, Blackwell, p 717.


Non-conformist evangelicals tend to eschew the idea and category of liturgy and often feel they do not have one. But liturgy is literally the ‘work of the people’ and simply references ‘what we do’ in church. And, as de Gruchy says, the building provides both the internal space to do that and the external face of what we are doing. So as long as we have buildings, people will continue to identify and perceive the ‘church’ in terms of the building and what goes in it.

Functional or aesthetic?
I  wonder what that means for the look and feel of our buildings? One of the things I have several times commented about the Baptist tradition (which I grew up in) is that it is almost totally devoid of any aesthetic appeal or content. It is all about words and its buildings are purely functional. While this might appeal to some, there is little question that other temperaments find it very difficult to connect in the absence of the non-verbal, the visual, and the aesthetic.

Sacred spaces
Some evangelicals (despite their theology) may see the building itself as a deposit for its spiritual history, both good and bad, and as a place where God is present in a way He is not present elsewhere – in other words, ‘sacred space’. As Tim Prince writes, “the community of God’s people always seems to be drawn towards some kind of ‘sacred space’”, and, “our challenge, as living communities in this day and age where the healthy fear of God has all but disappeared, is to re-establish sacred spaces that evoke a genuinely reverent response through a sense of God’s presence and the loving care of those who use it”.

Rural stories
The BBC ran an interesting series of articles last year on rural chapels in Wales. These illustrate some of the tenacity as above as well as providing examples of what can happen to chapels that are no longer used as chapels.

Near Abernant in Camarthenshire, the Baptist Capel y Cwm, surrounded by farmland and forestry, is being kept open by one member who is determined to keep the chapel open as long as he can. As the article reports, there is one service a month, led by a guest preacher and attended by a handful of friends and neighbours.

The second story concerns an unusual alternative use of a rural chapel. A chapel in the village of Llechryd, near Cardigan, has been vacant for 15 years and will be converted into a pet crematorium to serve a ‘gap in the market’.

In August last year, the BBC reported that planning permission had been granted for a redundant chapel in the village of Llanbedr in North Wales to be turned into a mosque. There are no Muslims living in the village, but it is intended to cater for the holiday market.

The final story is the most thought provoking. It concerns Robert Stivey, a congregationalist minister from Treherbert in Rhondda Cynon Taff, who has bought 12 derelict chapels in the South Wales valleys with the aim of reopening them for worship. Indeed, he believes the Lord has specifically told him to do this (maybe in readiness for revival). As well as the article, the BBC also ran an illustrated ‘long read’ on the story.

Learn more
PrevPrevious articleCovid-19. Locked down, but not locked out?
Next articleSaints in sticky situations. 6 – Sword and trowelNext