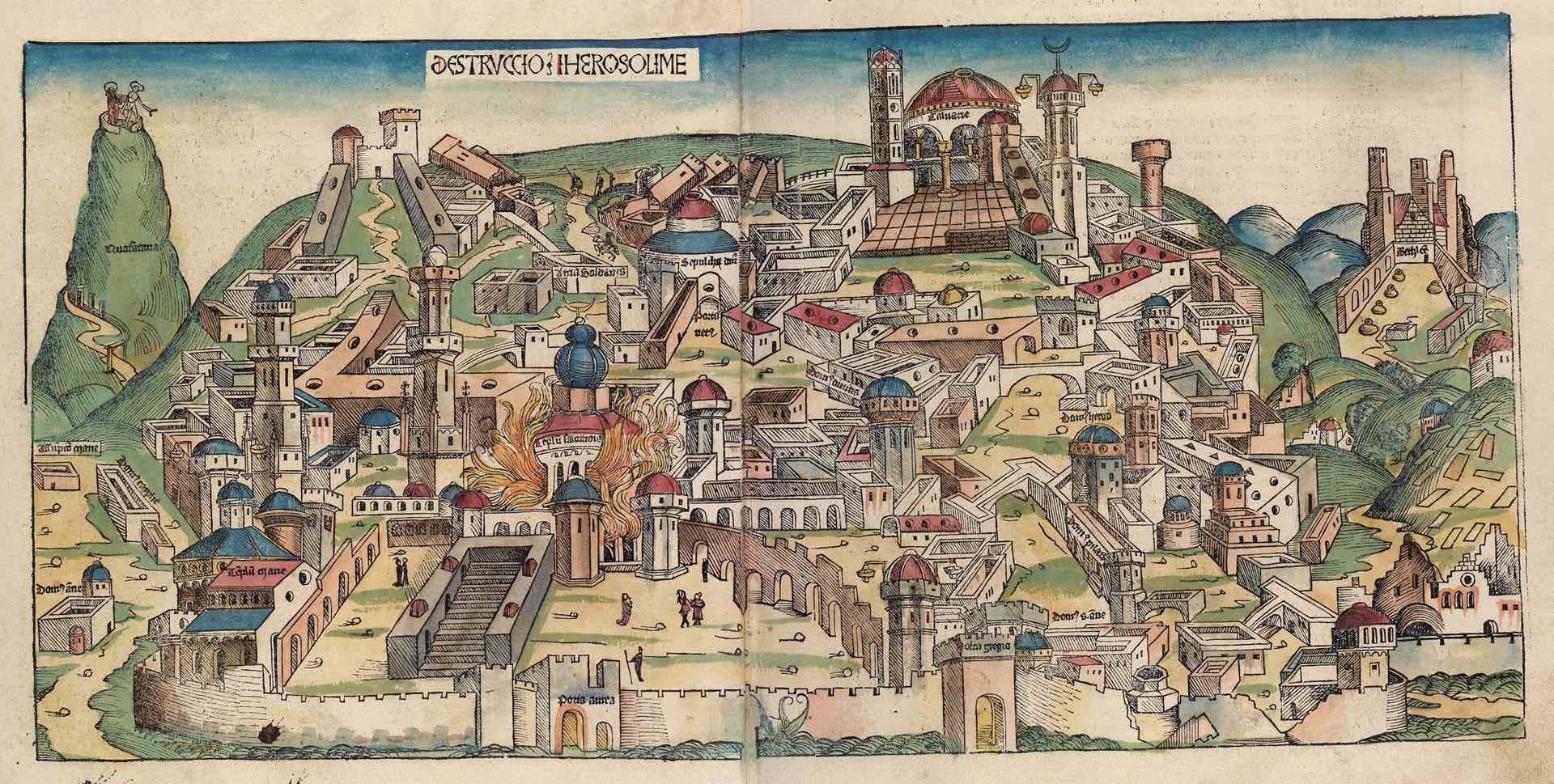 In the Lord I put my trust; how can you say to my soul, “Flee as a bird to your mountain”? For look! The wicked bend their bow, they make ready their arrow on the string, that they may shoot secretly at the upright in heart. If the foundations are destroyed, what can the righteous do? (Psalm 11: 1-3)

Every society has foundations. Shared beliefs and values, and institutions that reflect and enact these, are the bedrock of any ordered and enduring society.

In Britain, for centuries, these foundations have been ‘Christian’. This does not mean that every individual has professed personal faith in Jesus Christ. Rather, it connotes a society and culture grounded in what US theologian Francis Schaeffer described as a ‘biblical consensus’ [1]Schaeffer, F A. 1984. The great evangelical disaster. Illinois: Crossway Books. and Bishop Lesslie Newbigin termed, a ‘Christian plausibility structure’ [2]Newbigin, L. 1989. The Gospel in a pluralist society. London: SPCK.

Values of the rule of law and equality of every person before the law, freedom of conscience, speech, assembly and religion, and representative democracy have been “recognised worldwide as defining our national identity,” and as providing the seeds of freedom and democracy in many other nations.[3]Hannan, D. 2013. How we invented freedom and why it matters. London: Head of Zeus. These values all find their origin in Judaeo-Christian belief, thought and practice; they were all “formed in the crucible of the Christian faith”.

Foundations destroyed
But Britain is no longer ‘Christian’. And its foundations are crumbling.

Granted, there remain many Christian vestiges in our customs, culture, institutions and landscape (and these may be more evident in rural areas) and nearly 40% of people still describe themselves as Christian. But Christianity no longer provides the nation’s moral consensus. For many, it is just a heritage museum, another voice in the pluralist cacophony, or a ‘lifestyle choice’. But for others, Christianity, with its truth claims, is offensive, an affront to the gods of pluralism, relativism, humanism and paganism.

We should not underestimate just how seismic and traumatic this is for many in our nation, and in other nations suffering the same loss. It is a form of bereavement and we are still in mourning.

“Do not take this lightly”, wrote Francis Schaeffer (speaking of the US), “it is a horrible thing .. to look back and see my country and my culture go down the drain in my own lifetime. It is a horrible thing that 60 years ago you could move across this country and almost everyone, even non-Christians, would have known what the gospel was. A horrible thing that 50 to 60 years ago our culture was built on the Christian consensus, and now this is no longer the case”. [4]Schaeffer, 1984. Op cit, p 29

And it is not just the Christian moral consensus that is crumbling, but the foundational social structures of marriage and family (Genesis 2:24), instituted by God for all people, and even our understanding of humanity itself (Genesis 1:26-27).

As Rod Dreher put it, “despite our wealth and technological sophistication, we in the modern West are living under barbarism, though we do not recognise it. Our scientists, our judges, our princes, our scholars and our scribes are at work demolishing the faith, the family, gender, even what it means to be human. Our barbarians have exchanged the animal pelts and spears of the past for designer suits and smart phones”.[5]Dreher, R. The Benedict Option, p 17. New York: Sentinel.

There is a profound danger in this, made even more acute as we contemplate our present political crisis. As Schaeffer went on to warn (in his remarkably prophetic last book, published in 1984), “when the memory of the Christian consensus which gave us freedom within the biblical form is .. forgotten, a manipulating authoritarianism will .. fill the vacuum, [which] will gradually force form on society so that it will not go into chaos – and most people would accept it”. [6]Schaeffer, 1984. Op cit, p 23

Exile
The situation for Christians in Britain can be likened to the destruction of Jerusalem and the exile of God’s people to Babylon in the 6C BC. And the latter’s experience, as recounted and interpreted by the prophet Jeremiah, provides powerful insights, a message of hope and, most importantly, an agenda for action for believers in 21C Britain.

Insights
Our ‘Babylon’ is, I believe, the end of ‘Christian Britain’. Just as the ancient exiles underwent the loss of temple, priesthood and worship, nation, city and monarchy, so we today are experiencing the loss of ‘Christian’ privilege, power and influence, and the crumbling of church institutions and the institutions that bound church and state together.

Neither circumstance arose by chance. Behind these visible states of affairs was, and is, God’s hidden governance. The prophet’s task, then and now, is to make this visible – to understand the lived reality of history as the arena of God’s purpose and activity [7]Breuggemann, W. The theology of the book of Jeremiah. New York: Cambridge University Press. and know how God’s people should act in response (1 Chron 12:32).

For ancient Israel, as Jeremiah declared, destruction and exile were covenantal sanctions consequent upon repeated violation of covenantal conditions and repeated refusal to repent (eg Deuteronomy 30:15-20). The people were the authors of their own demise.

While we should be wary of drawing too close a parallel between their situation and ours, we need to acknowledge that the Church bears much responsibility for our present national situation. As Christians in Britain, we need to ponder deeply on the causes of our own crisis, and our, and our predecessors’, role in bringing it about. Judgement, after all, begins with ‘the household of God’ (1 Peter 4:17). One alternative translation of Psalm 11:3, quoted above, is, ‘if the foundations are destroyed, what have the righteous done?’!

Hope
Yet, in God’s economy, judgement and mercy walk hand-in-hand. Beyond destruction and exile is a ‘future and a hope’ (Jeremiah 29:11).

And the sovereign God has plans for His people (Jeremiah 29:11), specifically for His faithful remnant (eg Jeremiah 23:3, 31:7), no longer centred around the institutions of Temple and monarchy, but around family and community, Sabbath and synagogue, with God’s word at the centre. [8]Hill, C & M. 2016. Living in Babylon. Handsel Press.. In the exile, “we can see the transition to a remnant community with a hope commensurate with modest political ambitions and deep commitments to the Torah”. [9]Breuggemann, Op cit, p 129.

Likewise, our future as Christians in Britain is also as a faithful remnant, not dependent on institutions of Church and state, but as communities characterised by radical discipleship, loving fellowship, humble service, reaching the lost, and, especially, close attentiveness to the word of God. The latter is particularly significant: we have played fast and loose with truth, and need to return to His word.

Action
What, then, should the righteous do?

We should not spend too much time looking back or pinning our hopes on reversing the trends of decades and saving ‘Christian Britain’. Like the Jews of the 6C BC, we need to accept exile. The ‘good figs’ (Jeremiah 24:1-10), those who ‘chose life’ (Jeremiah 21:8-9), were, contrary to prevailing opinion, the ones who surrendered and went to Babylon. Our situation in post-Christian Britain requires the “abandonment of the reversal model and the embracing of a dispersal or diaspora mission agenda such as we find in the book of Acts” .[10]Greene, C & Robinson, M. 2008. Metavista. Milton Keynes: Authentic Media.

This is, after all, what Jesus prepared his disciples for. His Kingdom is not of this world, and we are not to use the world’s methodology (John 18:36), but rather to be a counter current, shining as lights in the world’s darkness (Matthew 5:14-16). He warned of the world’s hostility (Matthew 10:22) and trouble (John 16:33), but commanded us to go into all the world and preach the gospel and make disciples (Mark 16:15; Matthew 28:19).

We should not spend too much time looking forward, whether in expectation of revival any time soon or excessive speculating about the end times. Although Jeremiah made clear God’s intention to restore Israel to the land in the future and to judge the nations, their priority was to concentrate on living faithfully in Babylon for the present (Jeremiah 29:4-11). Similarly, our ultimate hope is in Jesus’ return, our redemption, and final judgement, and He expects us to understand current world events in the light of Scripture and be watchful and ready for His return (Matthew 24:3-44; Mark 13:2-37). But the faithful and wise servant is the one who is busy looking after the household when the master returns (Matthew 24:45-47).

As above, this means accepting our changed status and living out our calling as a faithful remnant. But, as for the ancient exiles, it also means getting on with everyday life, securing the next generation, and working and praying for the peace and well-being of our nation and its leaders (Jeremiah 29:5-7; 1 Timothy 2:1-4).

The Lord is in his holy temple; the Lord’s throne is in heaven; his eyes see, his eyelids test the children of man. The Lord tests the righteous, but his soul hates the wicked and the one who loves violence. For the Lord is righteous; he loves righteous deeds; the upright shall behold his face. (Psalm 11:4-5, 7).