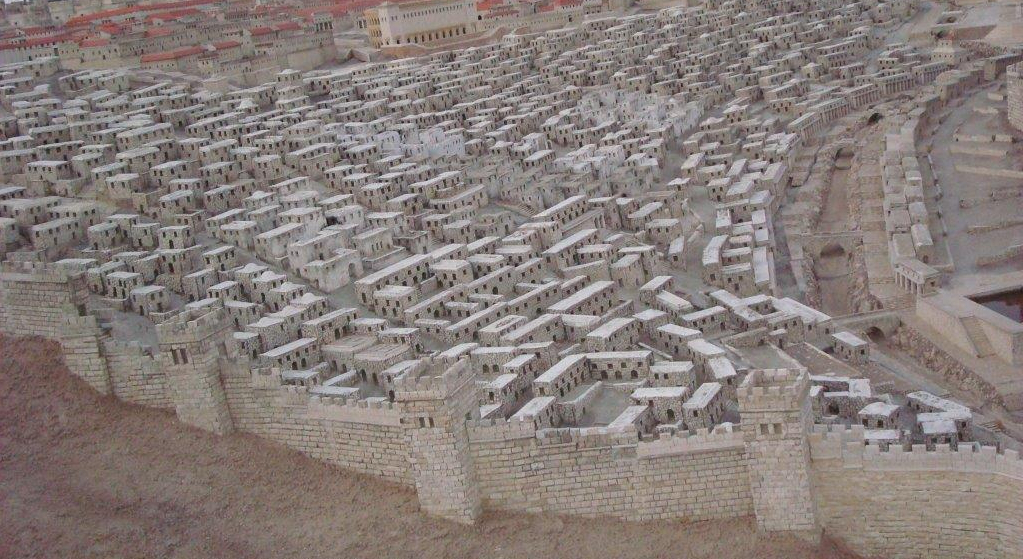 We are currently touring Jerusalem before things get really busy next week when crowds descend on the city for the feast of Passover.  Today we are moving up the other side of the Central Valley and onto the slopes of Mount Zion.

You will notice immediately from the type of housing here that this area is where the majority of ordinary people live, including a number of people who recognise the Rabbi Jesus as the Messiah.  There is a rumour that one of them has already offered the upper room of his house to Jesus and His closest disciples as a place to celebrate the feast of Passover next week, but no one knows exactly where it is, as Jesus doesn’t like to draw attention to Himself.

The name ‘Mount Zion’ has had an interesting history.  At first it referred to the City of David, where we were yesterday.  Then it seemed to move onto the temple mount itself, which used to be called Mount Moriah.  Now it has crossed the valley and refers to this much larger and taller hill, which is also called ‘The Western Hill’.  This can be very confusing as you read the scriptures!

Just off the left edge of the photo is a larger house with a courtyard on the side.   This is the house of Joseph ben Caiaphas, the high priest.   Caiaphas’ family control the high priesthood, and his father-in-law, Annas, still has a big say in what goes on, even though he was deposed as high priest by the previous Roman governor, Valerius Gratus.  This family seem much more interested in political power than priestly service, and are a very dangerous bunch.