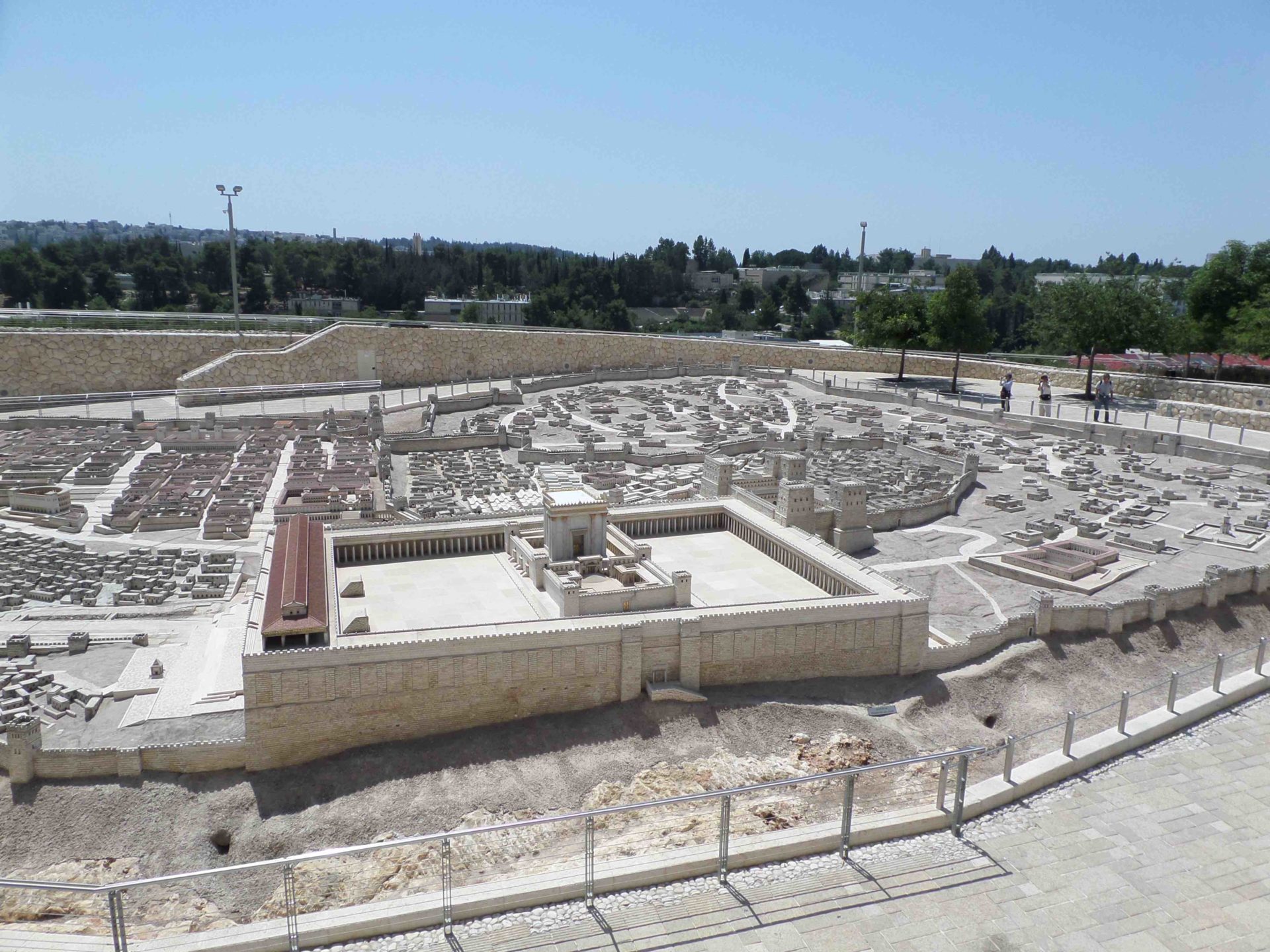 This year, Jewish Passover and Christian Easter coincide almost exactly. This evening, Jews (and some Christians) will celebrate the Passover Seder, the remembrance of Israel’s exodus from Egypt. Tomorrow, Maundy Thursday, Christians will remember Jesus’ own celebration of Passover with His disciples and His subsequent arrest and trial.

The events of that Passover all took place in Jerusalem towards the end of what is called the ‘Second Temple Period’. The Temple had been rebuilt about 500 years before after the exile in Babylon. But Herod the Great had enhanced the site considerably and turned it into one of the most magnificent edifices in the Roman Empire.

An idea of what the Herod’s Temple and the City of Jerusalem looked like at the time of Jesus is provided today by a large-scale model at the Israel Museum in Jerusalem (above). Using details from this model, Tim’s articles below take us on a tour of the City and introduce us to some of the places that featured in that last climactic week leading up to Jesus’ crucifixion.

Using Tim’s articles, and the readings he suggests, take some time to read and reflect on these events.

This set of 7 articles were originally written for the week before Holy Week, and introduce many of the places in Jerusalem that feature during that climactic period of Jesus’ life.  So set aside your busy 21st century life for a moment, engage your imagination and join me as I take you on a tour 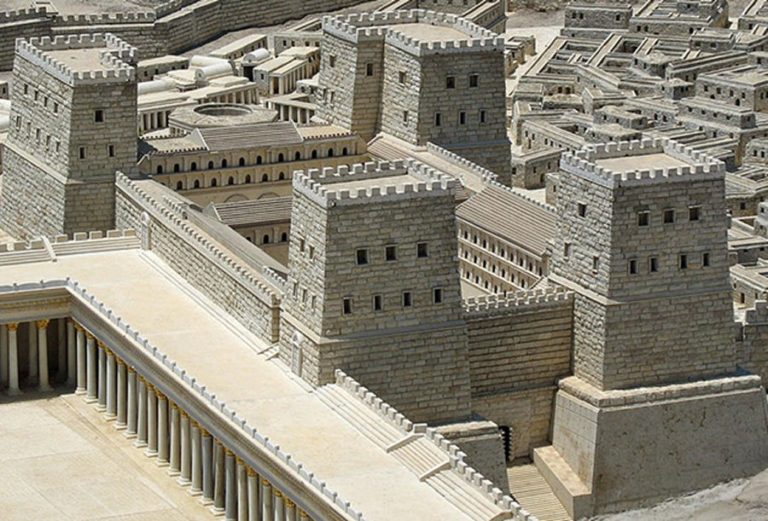 No journey around Jerusalem in these difficult days of Roman occupation would be complete without looking over the temple colonnade at the Antonia Fortress.  Very few Jews get to see inside and live to tell the tale, so this is as close as we are going to get! This castle was originally built to protect 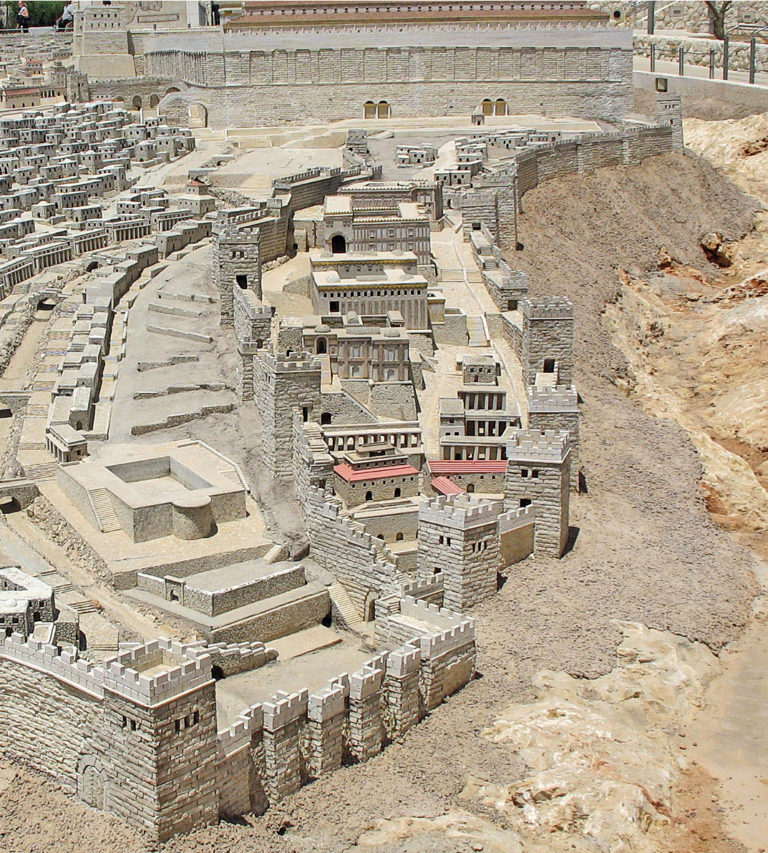 On our tour of Jerusalem we are now moving down to look at the oldest part of the city, known as the City of David.  You can see the temple mount at the top of the photo (taken from further along the Mount of Olives ridge, in a place called the ‘Hill of Corruption’ [2 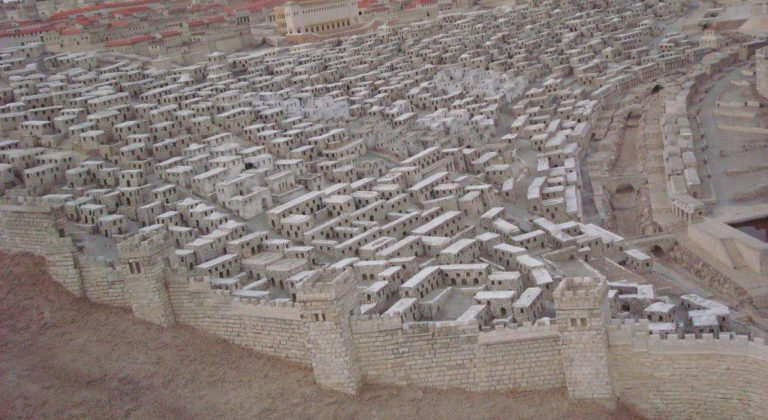 We are currently touring Jerusalem before things get really busy next week when crowds descend on the city for the feast of Passover.  Today we are moving up the other side of the Central Valley and onto the slopes of Mount Zion. You will notice immediately from the type of housing here that this area 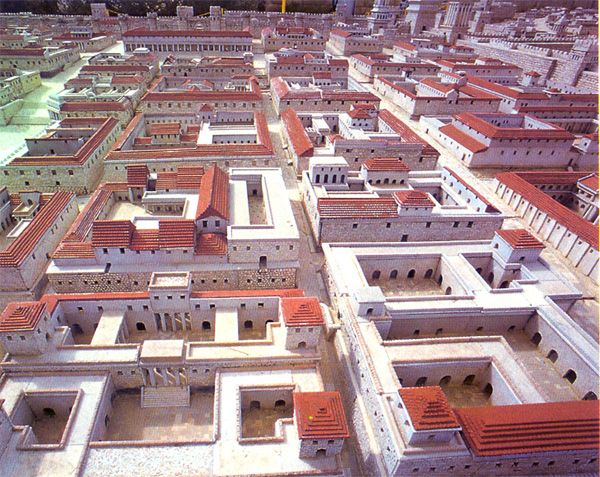 Our tour of Jerusalem continues with a very different view today, taken from the top of the Roman stadium (used for chariot races etc) and looking over the ‘Upper City’ as it is built on the rest of Mount Zion.  It’s not obvious from the picture, but the hill climbs away steeply in places, so 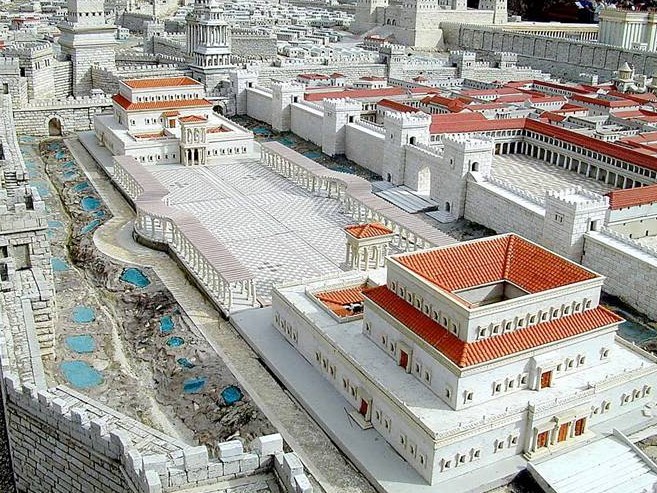 The first pilgrims are making their way into the city of Jerusalem, so our chance to easily get around the city is nearly over.  There are even rumours that Jesus Himself has left Galilee and is on His way here!  Today we will take another risk, and peek over the battlements into Herod’s Palace. It 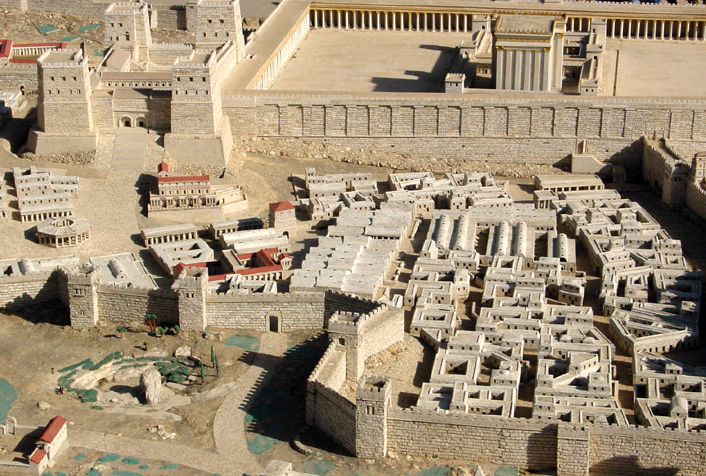 Today is the last time we can get around Jerusalem together as the big build-up to Passover really gets going.  Consequently we have retreated to the high ground to the north of the city, and are looking back towards the ‘Second Quarter’, found on the north side This area of the city is called the