Hope for the earth. 3 – Picking grains on the Sabbath 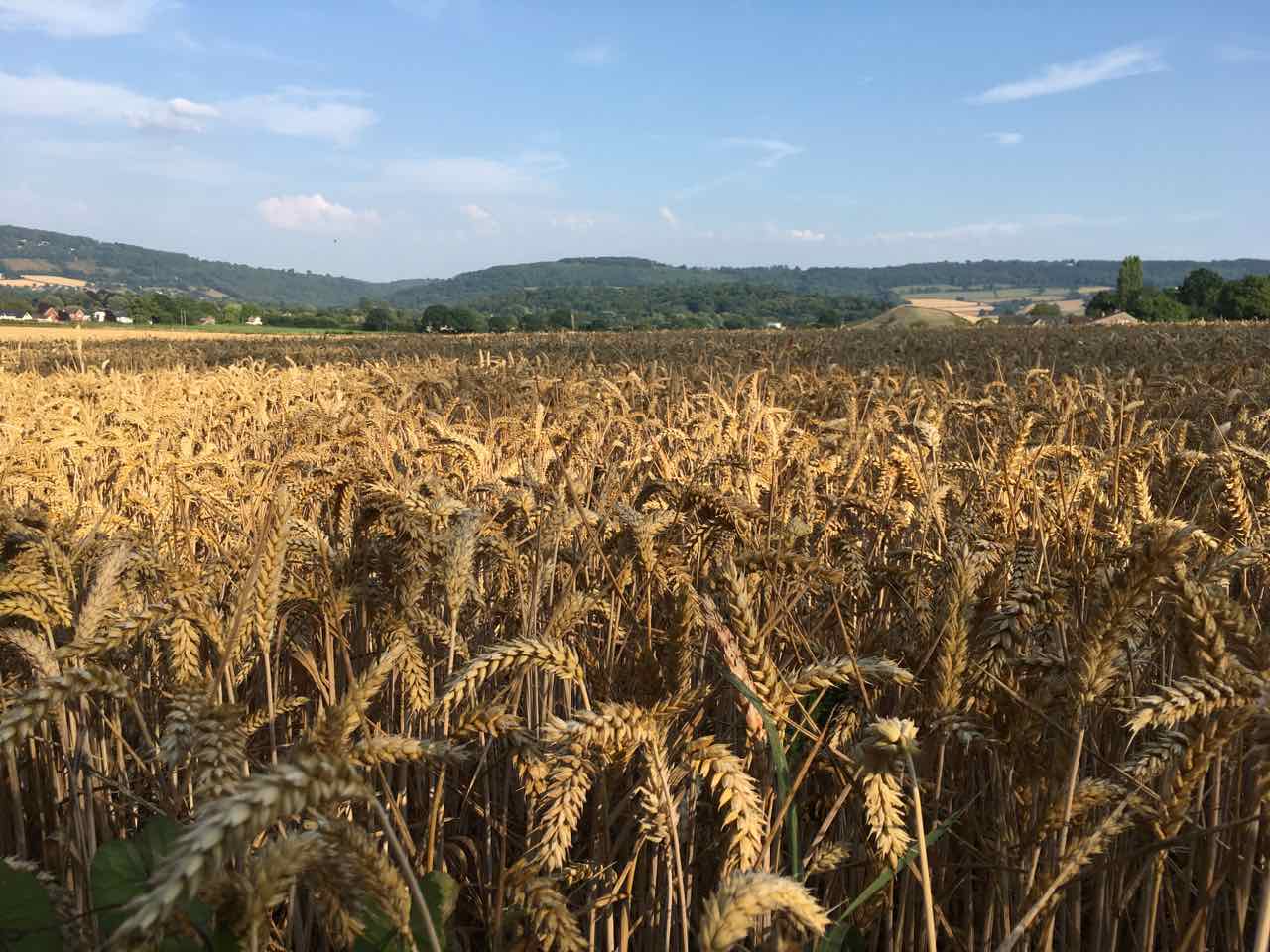 Environmental activism and concern for the future of people and planet have grabbed the headlines many times over the last year or two. For the moment this has been totally eclipsed by Covid-19, although humanity’s abuse of the earth and wild animals seems to have played a major role in the pandemic. Issues of land and environment are also of special significance for farmers and for all living and working in rural Britain. In the light of this, Christians, especially rural believers, may be asking, ‘what does the Bible say about earth and its future and how should we respond?’. This is the third of a series of articles that address this question. The first four of these examine how pivotal events from the life of Jesus point to the Messianic Age, with its significance for the earth and is future.

The Gospels record six disputes between Jesus and the Pharisees over the observance of the Sabbath. Five concern healing. The sixth, reported by both Matthew (12:1-8) and Luke (6:1-5), centres around the disciples picking grain on a Sabbath and opens up a wealth of Biblical principles for farming and food production.

Sabbath and Jubilee
The Sabbath day was instituted as a day of rest – for family, workers and livestock (Exodus 20:8-11). The legitimate work (ie of tending the land) of six days of the week was to cease on the seventh, reflecting the pattern of God’s own work of creation. The Sabbath day anticipated the Sabbath year, a year for freeing slaves (Exodus 21:1-11), cancelling debts (Deuteronomy 15:1-11) and resting the land (Leviticus 25:1-7). Both anticipated the year of Jubilee (Leviticus 25:8-55), a Sabbath of Sabbaths, in which, in addition to all the provisions of the Sabbath year, ‘each was to return to his property and each to his family’. The Jubilee, in effect, placed strict limits on the growth of private wealth, as land could not be sold permanently.

Sabbath and Jubilee protected and liberated those without a voice and without power – servants, the poor, domestic animals and the land itself. Indeed, Jesus inaugurated his public ministry by announcing the Jubilee, the year of Lord’s favour (Luke 4:16-21). And in the grain-field story He drives the same point home, stating ‘I desire mercy and not sacrifice’.

As Jesus says, the disciples were guiltless. Picking grain by hand and eating it from someone else’s field was acceptable (Deuteronomy 23:25), and their doing so on the Sabbath was a breach of rabbinic law, not Biblical law (see Edersheim, A, 1883, republished 1993, The life and times of Jesus the Messiah, Hendrickson). In total contrast to the bondage the Pharisees has imposed on the Sabbath, Jesus proclaimed the Sabbath as a festival of freedom – both for people and the earth.

Sabbath and Jubilee give us three principles for farming and food production.

Sharing with the poor
Of these three, ‘sharing’ is most explicit in the story. The disciples are representative of the poor and hungry, with whom the good fruits of the earth should be shared. It is interesting that Luke’s account suggests that the grain was barley, the food of the poor, rather than wheat. Luke (6:1, AV) states that the Sabbath was the ‘second first’, which Edersheim (see above) argued referred to the first or the second Sabbath after the second day of Passover. The barley harvest was inaugurated by the feast of First Fruits, shortly after Passover. The wheat harvest came later, at Pentecost.

The Old Testament economy, in general, shows a special concern for the vulnerable and the poor. Laws of tithing (Deuteronomy 14:28-29) and gleaning (Deuteronomy 24:19-22), for example, make provision for those without assets, protection, power or standing ground in the community (ie strangers, widows, orphans). In fact, Deuteronomy 14:29 implies that the success of future harvests depends on sharing with, and caring for, the poor and needy.

Restraining power and wealth
The third principle, that of restraint, in the use of land, livestock and labour, and on the concentration and expansion of an individual’s wealth, can be discerned in many Biblical themes, in addition to Sabbath and Jubilee. For example, the taking of interest in loans was prohibited between Israelites (Exodus 22:25, Leviticus 25:36, Deuteronomy, 23:19); there was strict control on what could be taken as pledges in security for loans and how (eg Exodus 22:26, Deuteronomy 24:6, Deuteronomy 24:10), and the moving of boundary stones that marked out family land was strictly proscribed (Deuteronomy 19:14).

Weighed in the balance
These biblical principles set out the way God intended ancient Israel to live and farm as the people of God. But they also present a paradigm for farming and living God’s way for all people in all times, and they set out the standards by which He judges our stewardship of the earth.

Against the above principles, global farming is ‘weighed in the balance and found wanting’. There are huge disparities across the world between those who have a surfeit of food and those who go hungry and enormous imbalances in the world food system, as a diminishing share of consumers’ expenditure reaches producers, and oligopolies of powerful buyers range against thousands of ‘must sell’ sellers. And although we have become much more aware of the impacts of farming, especially modern industrial agriculture, on the natural environment, across the world, agriculture continues to erode soils, species and ecosystems. Instead of keeping the Sabbath, we have, as theologian Walter Bruegemann (1977, The land, Fortress Press) put it, a ‘sabbathless society’.

Nevertheless, for Christians, who believe the Bible and follow the one who is the Lord of the Sabbath, these principles provide a basis for us to ‘buck the trend’, to be a ‘light to the nations’, as Israel was to be. Across the world, many Christian farmers have sought and are seeking to farm, as far as possible, in line with biblical principles. Although the organic farming movement may have moved a long way from its roots, some of its pioneers professed Christian belief and regarded organic farming as an essentially ‘Christian’ way. The ‘Farming God’s Way’ training programme uses the Bible as the foundation of its approach to alleviating poverty in rural Africa.

And these principles are not just for farmers. All of us, who consume the produce of the land and farming and make choices about what we buy and eat, can be guided by the imperatives to share with the poor, care for the earth and restrain excessive power and wealth.

Hope for the future
At the heart of the grain-fields story, however, is a message of hope. Sabbath and Jubilee themselves anticipate the Messianic age. Sabbath both looks back to the rest of creation and looks forward to its liberation. And a central part of that vision is of a transformed agriculture, “when the ploughman shall overtake the reaper” (Amos 9:13, ESV), in a world in which “they shall sit every man under his vine and under his fig tree” (Micah 4:4, ESV).