Hope for the earth. 4 – Resurrection, countryside and creation 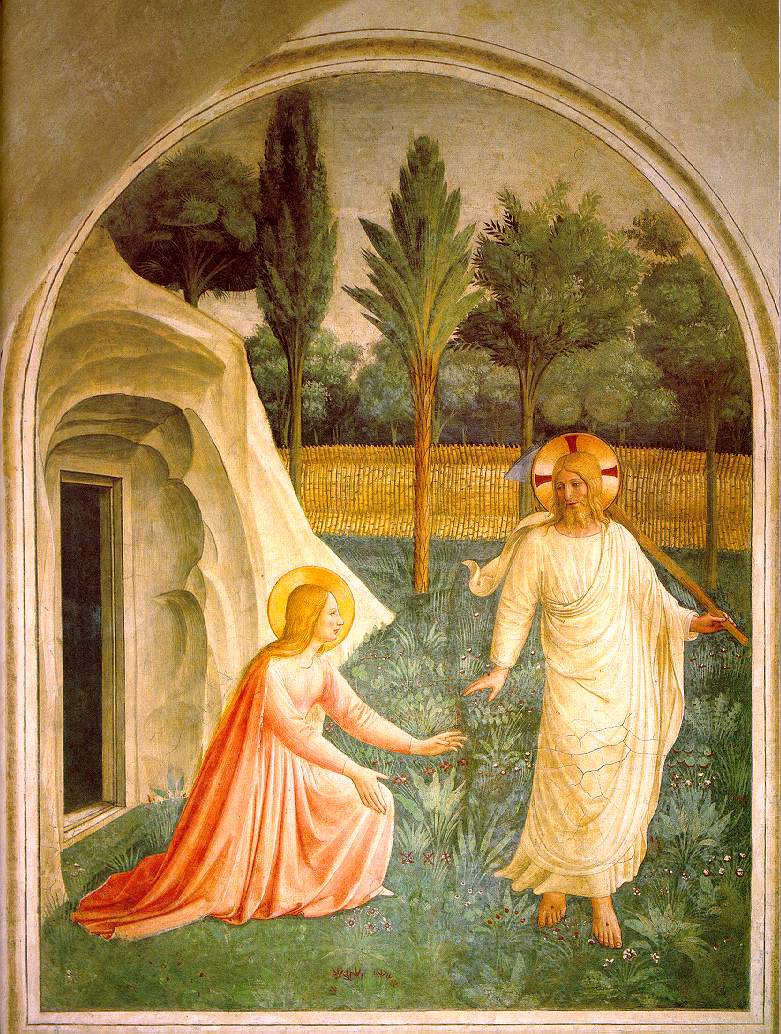 Environmental activism and concern for the future of people and planet have grabbed the headlines many times over the last year or two. For the moment this has been totally eclipsed by Covid-19, although humanity’s abuse of the earth and wild animals seems to have played a major role in the pandemic. Issues of land and environment are also of special significance for farmers and for all living and working in rural Britain. In the light of this, Christians, especially rural believers, may be asking, ‘what does the Bible say about earth and its future and how should we respond?’. This is the fourth of a series of articles that address this question. The first four of these examine how pivotal events from the life of Jesus point to the Messianic Age, with its significance for the earth and its future.

The Gospels describe, or refer to, eight, of Jesus’ appearances after His resurrection. Of these, five occur in a ‘rural’ location – a garden (John 20:11-18), on a country road (Luke 24:13-35), on a mountain (Matthew 28:16), by a lake (John 21:1-25) and on the Mount of Olives (Luke 24:50-53; Acts 1:4-12). And food, the produce of farming or fishing, features in three – Jesus breaks bread at Emmaus, eats fish and honeycomb in the Upper Room and cooks fish for breakfast by the Sea of Galilee. The three most detailed accounts, especially, have much to teach us about the implications of Jesus resurrection for ‘countryside’ and ‘creation’.

‘Supposing Him to be the gardener’ (John 20:1-18)
Mark reports simply that when Jesus rose “he appeared first to Mary Magdalene, from whom he had cast seven demons” (Mark 16:9, ESV). John gives more detail. Mary hangs back after the others had seen the empty tomb, and encounters Jesus in the garden, believing Him at first to be the gardener.

It is significant that this first appearance took place in a garden, that it was to a woman, and that she mistook him for the gardener. The garden speaks of Eden, the place of cooperation between God and humanity in tending and caring for creation. So it is fitting that Jesus walking in the garden like God in Eden, comes first to Mary, representing as it were womankind, declaring that what Eve lost He has recovered. It is fitting also that she mistakes Him for the gardener, for He is! In his depiction of this encounter, to emphasise this, the 15C painter Fra Angelico painted Jesus with a hoe (see above).

“In the place where Jesus was crucified there was a garden and in the garden a new tomb. From that tomb the New Man rose, lifting from its bondage the whole body of things as well as of men. True Nature was re-established. Man in Christ is made heir once more of a new earth. No wonder Mary, on the Resurrection morning thought he was the gardener for indeed he was – the new Adam and the New Man; the restored cooperation”. (Lord MacLeod of Fuinary, quoted in Bradley, I (1990) God is Green. London: Darton, Longman & Todd.)

The road to Emmaus (Luke 24:13-34)
Later on Resurrection day, Jesus appears to two disciples’ on the road to Emmaus. Like Mary Magdalene, they do not, at first, recognize Him. In her case, all that was needed was for Jesus to speak her name. For Cleopas and companion (perhaps his wife), recognition only came when Jesus “took the bread, blessed and broke it and gave it them” (vs 30).

Just as in the meeting of Jesus and Mary in the garden, there are echoes of Eden in the Emmaus story. As Adam and Eve’s eyes were opened (Genesis 3:7), so were the eyes of the two opened – not to guilt and shame, but to the One who had redeemed what the first man and woman lost and who makes all things new.

As one whose career has been, for decades, concerned with countryside and farming, I like to think of Jesus walking through the fields, flocks and forests of the Judean countryside, silently declaring the message of redemption, now made possible by His death and resurrection, to a creation waiting “with eager longing” (Romans 8:19, ESV). But the main message for the countryside and creation in the Emmaus account is found in the matter of ‘continuity and transformation’. 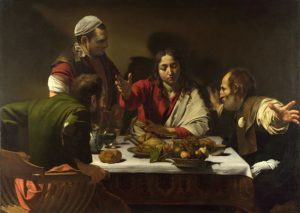 Jesus was the same, yet different, continuous, but transformed. They recognized Him, yet they did not. He was expected, yet unexpected. Their ‘hearts burned within them’ (vs 32) on first meeting, but only later were their ‘eyes opened’ (vs 31). In his vivid portrayal of the moment of recognition, the 17C painter, Michelangelo Merisi da Caravaggio, drew out this reality by breaking with the convention of the time and painting Jesus without a beard.

Paul makes it clear that those who “belong to Christ” (1 Corinthians 15:23, ESV) will also be raised as He was raised, with a transformed body “like His glorious body” (Philippians 3:21, ESV). And this continuity and transformation extends to the earth itself. For Jesus’ death and resurrection inaugurated a process that culminates in the liberation and transformation of the whole of creation (Romans 8:21), in “new heavens and a new earth” (2 Peter 3:13).

By the lakeside (John 21:1-14)
The third appearance takes us back to the Sea of Galilee. It is the second miraculous draft of fish recorded in the Gospels. Both took place after a fruitless night’s fishing. Both were defining moments for Simon Peter. The first (Luke 5:1-11) preceded his call, the second his re-instatement. But there was one essential difference. On the post-Resurrection occasion, the nets did not break!

Like the feeding of the four and five thousand, the catch of 153 big fish promises and “foreshadows the flowering of God’s creatures in God’s kingdom” (Echlin, E P. 2004. The Cosmic Circle, p 98. Dublin: The Columba Press.), the super-abundance that will mark the time “when the ploughman shall overtake the reaper and the treader of grapes him who sows the seed; the mountains shall drip sweet wine, and all the hills shall flow with it” (Amos 9:13, ESV); when, in William Dix’s words based on Psalm 65, “Bright robes of gold the fields adorn, the hills with joy are ringing, The valleys stand so thick with corn that even they are singing”.

Learn more
PrevPrevious articleHope for the earth. 3 – Picking grains on the Sabbath
Next articleTheologians. 1 – A disciplined community (Hauerwas)Next