The Church of (rural) England strikes back 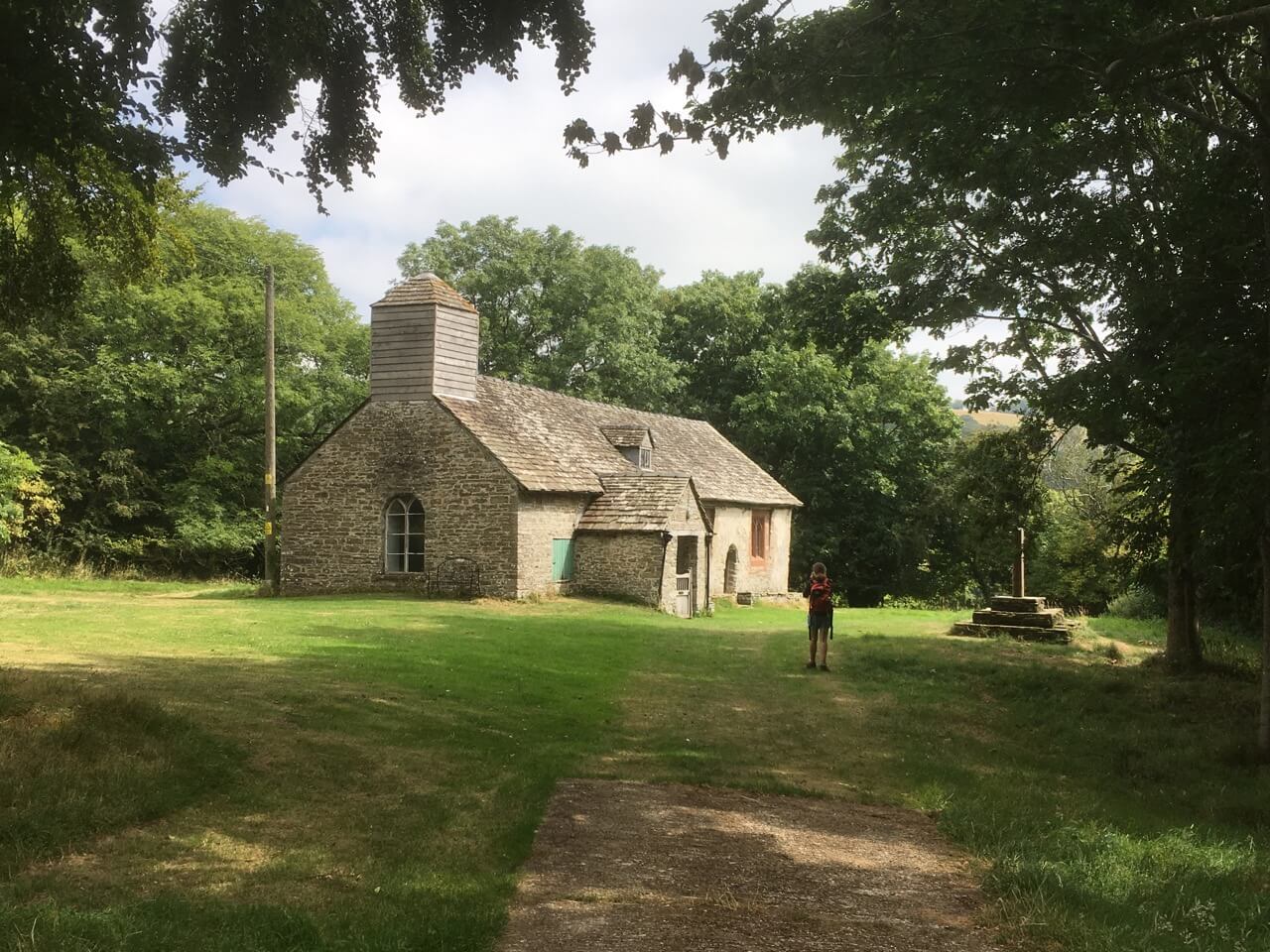 “It cannot be denied that there are, at the very least, green shoots of recovery taking hold across the countryside in England, and beyond”.

This is the conclusion of a recent article by Tim Wyatt in the Church Times on the state of the rural Anglicanism in England.

The article is based on interviews with about twelve people, mostly, but not all, Anglican clergy. The author also makes much use of the 2015 report, Released for mission: growing the rural church, which I shall post a review of shortly.

The broad message and much of the detail in the article is familiar and much is already well-worn. But it does provide a good, up-to-date summary of the situation and sets out an agenda for the future, and is well worth reading by all concerned with rural mission.

The title of the article, ‘How rural churches are fighting stereotypes of neglect and decline’, reflects its aim of refuting the perception of the Church of England in the countryside as characterised by “ever-declining congregations and handfuls of overworked clergy spread across multiple parishes, overseeing crumbling listed buildings that soak up endless amounts of time and money”. This may appear superficially true, but, Wyatt argues, “ scratch beneath the surface and an altogether more complex picture begins to emerge”, one of hope and a future.

So what are the signs of hope?

The numbers game
About 17% of the population of England lives in the countryside (although as I argued in an earlier post quite a lot of these live in settlements that may not always accord with people’s intuitive sense of what is rural). However, two thirds of Church of England parishes and more than 10,000 church buildings, together with 42% of the clergy and 40% of worshippers (measured in average weekly attendance) are in rural areas.

Further, although the proportion of rural and urban churches that are growing is about the same at 18%, a smaller proportion of rural parishes (25%) are shrinking compared with their urban counterparts (29%). Because rural areas have as many as seven times more buildings per capita, they have smaller congregations on average, but church attendance per capita is about twice as high as it is in urban contexts. Further, some areas are experiencing significant inward migration, with the possibility of this increasing church attendance and active involvement in parish churches.

No one wants to shut up shop
The second sign of hope, according to Wyatt, is that there is very little appetite, among the church hierarchy, experts like those consulted, or congregations, for widespread closure or mothballing of village churches with small congregations nor even for further amalgamations, for the following reasons:

Some dioceses are increasingly recognising the importance of saving the rural church, as a recent £1 million award to the Diocese of Exeter’s project, ‘Growing the Rural Church’ evidences.

Pooling resources is a good idea
The above two ‘signs of hope’ provide an impetus not to give up on, but rather to seek to maintain and strengthen, village churches. Neither, however, offers a solution.

But there is good news. There are solutions to the problems besetting rural churches and exciting new approaches to ‘doing church’ in rural areas. The first of these centres on developing ‘resource churches’, ‘rural hubs’, or ‘minsters’.

As the article puts it, “the rural resource-church model seeks to use a larger, thriving church as the hub for a group of smaller churches, which can learn from, and share in, the wealth, personnel, staffing, and energy of the central congregation”.

One example cited is the Fountain of Life in Ashill, Norfolk. The Fountain of Life is unique among the several resource churches described as it is not locked into the parochial system, but rather aims to provide a framework for church that is not centred around buildings, institution, hierarchy and clergy, but rather seeks to mobilise and resource ‘lay’ people to evangelism and discipleship in rural Norfolk. In fact, church leader, Stephen Mawditt is quoted as saying that he is not sure the parochial system is going to suddenly burst into life: “if boundary crossing initiatives such as the Fountain of Life seem to be growing, the Church should invest in them”.

Other examples described are more ‘mainstream’ and centre on sharing resources, including personnel, or doing some things together, while retaining the churches individual identity and programmes. Some have used new liturgies and services to great effect, for example the very popular ‘Pimms and Hymns’ pioneered by St Laurences’, Winslow!

Wyatt sound a note of caution, however, noting that not every church takes kindly to new ideas, to sharing resources to what might feel like a takeover by a larger neighbour. Many congregations are simply desperate for people to come to their church to ensure that the building remains open and the familiar worship continues.

Rural Fresh Expressions are an idea whose time has come
‘Fresh Expressions’ is essentially an Anglican product, although it has been around some while and now has a much wider reach, and for Anglicans refers to any configuration of ‘church’ outside the parish system. Fresh Expressions can be network churches, or groups, communities, gatherings or meetings constructed around shared interests (e.g. hiking), particular locations (e.g. old people’s homes), specific demographics (e.g. children, youth) or forms of ministry or mission (e.g. Messy church). As the article states, “ if the resource-church model on the whole seeks to restructure existing parishes to invest better in mission, rural Fresh Expressions take that a step further by working beyond the parochial network”.

In the mostly rural diocese of Carlisle, there are at least 55 examples of Fresh Expressions, according to the Diocese’s ecumenical ’Fresh Expressions Enabler’, Richard Passmore, with a new one starting every month. These include the following:
• ‘Mountain Pilgrims’. According to Wyatt, this is a community of more than 130 hikers who “worship together through their shared love the Cumbrian landscape, or as their own web page states “an emerging community of people that seeks to re-imagine the mountain experience. Mountain Pilgrims meet outdoors to discover the ‘thin places’ where the spirit soars and we are lifted out of the everyday.”
• Maranatha Yoga, “an emerging community of people who want to explore what it means to connect body, mind and spirit through a combination of yoga postures, mantra and meditation. Based on Christian Spirituality, Maranatha Yoga is open to all, no matter what their beliefs or background.”
• Network Youth Church, which runs a web of cell churches for 1000 teenagers in every deanery.

These and many more projects are gathered within the loose framework of Cumbria’s ‘God for All’ initiative. This is described as emerging from churches across Cumbria talking, praying and planning together for several years. Its aim is that “by 2020 every person in Cumbria of all ages and backgrounds will have had an opportunity to discover more of God and God’s purpose for their lives, so that they will discover more of Jesus and the Good News and become followers of Jesus within a Christian community”.

As well as the Cumbria initiatives, Wyatt lists many other examples of rural Fresh Expressions. In nearly all cases, a central theme is ‘taking church to the people rather than getting the people to church’.

Again, Wyatt closes the section on Fresh Expressions with a caution, noting that most Fresh Expressions still rely on parish churches to supply most of the volunteers and in many cases the only remaining public building in the village.

Reading and reflecting on this part of the article prompted questions that I have already been struggling with over the last months. Most of the above Fresh Expressions (and indeed some of the rural ‘churches’ I have visited in the last couple of years) do not seem to me to be ‘churches’ in the New Testament or indeed the historical sense. Rather, they seem more like interest groups, Christian clubs, social-care ventures, conduits for particular types of mission, or bases for individuals’ ministries. And some push the boundaries of ‘relevance’ and contextualisation to a syncretism beyond biblical Christianity. For example, both Mountain Pilgrims and Maranatha Yoga above seem to be more about personal spirituality and therapy than faith and church.

This raises the perennial questions – ‘what is church, what makes a church a church and does it matter anyway’, and ‘are biblical truth and doctrinal purity important?

Transforming church buildings
The article’s final sign of hope are examples of where rural church buildings have been transformed from burdens to blessings. Wyatt cites the example of St Peter’s, Peterchurch church in Herefordshire, where a reordering of the building has turned the name into a library, cafe and general-purpose community centre, while keeping the chancel for worship. The story is told in this short film. Certainly, the change has drawn many into the church building and serves the village community in many ways (yoga seems to be the major activity), What is not at all clear is whether or not it as has resulted in any church growth or making disciples.

An old chestnut
The article then makes a rather depressing foray into the issue of ‘lay leadership’, accentuating the perennial clergy vs laity issue.

Many of those interviewed emphasised that the key to the future of the rural church is for clergy and laity to work together and, especially, for non-ordained parishioners to be released to take the lion’s share of responsibility for evangelism, pastoral care and worship in their communities. Clergy should be primarily mission enablers rather than its primary practitioners.

Simon Matholie, one of the few (if not the only) non-Anglicans interviewed warned against forcing lay people through the same training and ‘sausage factories’ as vicars, which, he contends, would simply create another kind of hierarchal structure.

Overall, this simply rehearses an ongoing Anglican dilemma, and not only an Anglican one. As Karl Barth said, “the term ‘laity’ is one of the worst in the vocabulary of religion and ought to be banished from Christian conversation”!

Church and chapel
The final section deals with the necessity for different denominations in rural areas to work together, mostly citing examples offered by Simon Matholie of where independent evangelicals have worked with Anglicans, although not it would appear without pain.

Learn more
Next articleHow many people are rural?Next